Becoming a brain surgeon, was my childhood dream.

That dream I realized has given me ample opportunities to satisfy my urge to get immersed in research on a wide spectrum of specific areas of neurosurgery, including cerebral hemorrage, aneurysm, arteriovenous malformation and microneurovascular surgery.

As years passed by, I have been intrigued and fascinated by the mystery of the brain. My main query centered on such questions as “how humans think; can their thoughts be recorded, transmitted to others so as to establish two-way communications.”

In my childhood and later years I used to bring up my questions to, and discuss with, my grandfather H. İsmail Hakkı Efendi whose name I proudly inherited. He was a highly respected sufi with an enermous knowledge and a mystical philosophy of life. As such, I had the good fortune of having him as a guide who shaped my mind, thoughts, personality and professional aspirations. I have always felt, and will continue to feel, the spiritual support with which he has blessed me.

I used to ask him many questions that kept coming to my mind, and he would -perhaps in a less scientific manner- offer explanations in terms of spiritual and mystic principles or norms to those that we now seek to answer in relation to the “holistic brain and universe” concept.

The ideas and thoughts he conveyed to me gave me the awareness of the need for enormous amount of research work to solve the mystery of brain. My earlier attempts in pursuing this mission did not yield quite positive results. As a case in point, one of my medical school professors, Dr. Mithat Torunoğlu, who was the author of a femaus book titled “lntegrated Physiology and Physiopathology” could not satisfy my thirst for scientific answers to my related questions. That was quite understandable since neurophysiology was not his area of interest or expertise.

In those early days there were only a handful of medical schools in Turkey. The only ones that existed were those in Istanbul, Ankara, Izmir and Erzurum. As a student of Erzurum Ataturk University Medical School, I had the good fortune of working under the supervision of Professor Torunoğlu who used to encourage me to do research on topics of my interest, and let me use his lab office and equipment any time I wanted to.

However, both as a student wlth a very heavy work load, and later as a doctor at a government health center, I had very little time to devote to research endeavors. When I finally joined Atatürk University  Medical  School as a resident staff member of the Neurosurgery Department, I had a highly valuable opportunity to work with Prof. Dr. Üner Tan who also was a source of strength and pride for the University.

One day, I relayed to him my thoughts and plans to explore the possibility of ‘reading and recording of the mind’. His reaction was very positive. His enthusiasm and interest stemmed from his deep involvement in neurosurgery-related research. He was the author of numerous articles of worldwide acclaim in major science journals.

Hencely, in later years he has gained very high international recognition, was appointed as an editor of ‘International Neuroscience’ and received a science award from Scientific and Research Council of Turkey (TÜBİTAK).

I fondly remember the day the President of Atatürk University, Professor Hursit Ertuğrul, has honored in a recognition ceremony the three recipients (Metin Balcı, Üner Tan and myself) of TUBITAK’s Award on that occassion.

In the last quarter of 1979, Professor Tan showed great interest in my ‘mind reading and recording’ project and suggested the idea of conducting an experiment, by using a patient suffering from epileptic seizures, not responding to utilized treatment procedures. When I discussed this with our Neurosurgical Department Chairperson Professor Yilmaz Muyan, and indicated that our experiment would involve placement of a miniature electrode in the subject patient’s brain to explore the possibility of electrophysical recording and analysis of brain waves during actual conversation with the patient.

His initial reaction was quite negative on the grounds that it would pose a professional problem of ethics, and the Dean would not give his consent, anyway. Furthermore, he pointed out that it would be difficult to get the patient’s consent to such an operation which would pose a considerably high risk since it would require the patient to be awake throughout the whole procedure.

With my usual persistence and determination, aided by Dr. Üner Tan’s strong support, our department chair was, in the end, persuaded to give us the go ahead for the experiment.

Later, I was pleasantly surprised to see the enthusiastic endorsement and approval of Prof. Dr. Tali Ural, our Dean, who gave us permission to perform the operation in the recently constructed university hospital complex which had a huge section, called amphitheater, designed and equipped to allow all students and staff members to actually watch surgical operations all together.

We then identified the patient meeting our selection criteria, secured his consent and completed all preparatory tests. The actual operation was performed under the supervision of Dr. Muyan with local anesthesia, followed by an insicion at our selected spot where we inserted the recording electrode.

As we conversed with the patient, his words were being recorded and simultaneously analyzed on an intraoperative basis and electrophysiologically. We completed the operation by removing the lesion which we identified as epileptic focus, and a final electrophysiologic recording.

The patient was later discharged in full health and without any complications that might have emerged, which had a low probability of occurring anyway.

Based on our detailed analyses of electrophysiological records in the following days, we derived some conclusions regarding wave length and frequency separation based on the know-how and experience we had at that time.

Hopefully, that endeavor can be viewed as a small initial step into this area of research and scientific discourse. Similarly, in the late 80’s when we were using computers with 286 microprocessors, I presented the first conference ever on ‘Internet and WWW’ at Erzurum Atatürk University, and I never forget the praise I received for my interest, enthusiasm and courage from many prominent members of the scientific community attending that session.

As years quickly passed by, neuroscience has developed into something bigger, far beyond our imagination. Recently, we have started dealing with such new topics and issues as:

– Transfer of thought (or even whole memory) onto a flash disk or its storage on a computer (or from one person to another).

Furthermore, we have recently started contemplating on the possibility of interconnecting all brains in the universe via microelectrodes or nanoparticles (or by some other means). In this connection, I venture to introduce two phrases to describe such an algorithmic design: a Global Brain Web (GBW), or alternatively, a World Brain Web (WBW) (1,2).

For those who might be skeptical of such futuristic thoughts, I would say, some utopic vision is what we need to enrich, and give more meaning to our lives and shape our future.

I must add that most of what I have included in the list above are not futuristic projections. They are already emerging developments and most of them have already become a reality.

Why have I felt the urge to write all this? The simple answer is that I have just read an article of Dr. Eric C. Leuthardt, a brain surgeon, which describes his works in this area. (https://the-surgeon-who-wans-to-connect-you-to-the-internet-with-a-brain-implant/).

As I finished reading this article, I could not help thinking and hoping that the operation we had performed as a team at Erzurum Atatürk University four decades ago may be considered as a first step into this long, fascinating and rewarding journey of medical science.

I would like to express my appreciation to Professor Ergün Yener for translating my original text into English. 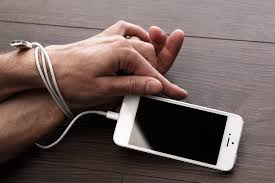 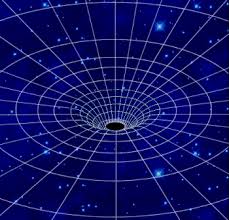 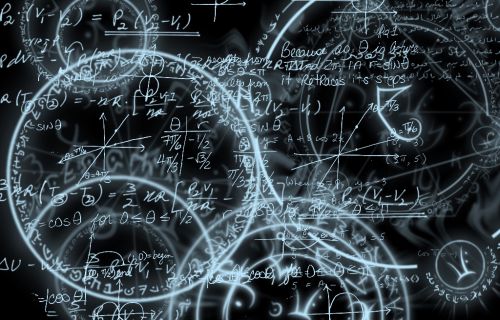